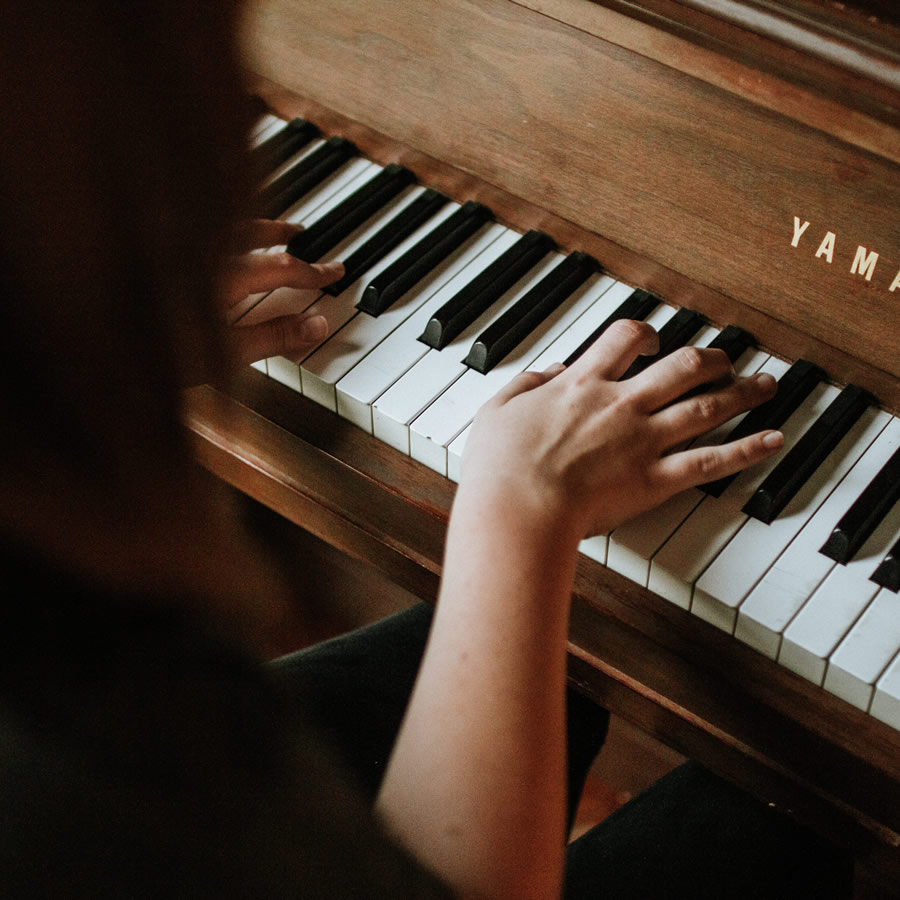 EDITOR’S NOTE: This essay is reprinted here with the gracious permission of the author and of First Things, where it first appeared.

My piano tuner is well over eighty years old. Each time I call him, I fear I’ll learn that he has died. So far he is still with us, though at each visit a little more white-haired and frailer than before. I worry that he will hurt himself when he lies under the instrument or takes out the keyboard, but he seems to know what he’s doing. He told me at my last tuning that fewer and fewer people have pianos in their homes, and that fewer children than ever learn to play. The instrument, he says, is going the way of the parlor organ.

I don’t think the piano will suffer quite the same fate. Great numbers of parents still routinely subject their children to lessons for at least a few years, where they learn classics like “The Happy Farmer” and “Greensleeves.” You can picture them in your mind’s eye: boys with scuffed shoes and dirt fingernails, dragging themselves to the piano teacher’s house when what they really want to do is play basketball; or earnest little girls with glittery painted nails, eager to please the teacher by playing well. It makes a person wonder: What exactly is so beneficial about studying the piano?

For many people it’s just another activity, equivalent to gymnastics or soccer or art lessons – good enrichment, something to keep the kids occupied after school. For others, though, it’s a path to distinction, a way to be excellent and different. The competitions and recitals that accompany lessons offer an alternative, non-academic mode of achievement for the determined and disciplined child. There are rewards to be had here, which include approval from adults and perhaps a bit of jealousy from peers, which never hurts.

These are the most common ways of thinking, but there is another, better alternative. Learning the piano is deeply countercultural and even conservative. It offers initiation into a tradition through an apprenticeship that takes place over many years, “conserving” a heritage that we are always more or less in danger of losing. In our impatient age, the act of disciplining oneself to play this formidable instrument demonstrates that certain things do not change, that there are concrete standards of better and worse, and that we have not invented these standards ourselves. Piano lessons train us in a tradition, a language, a mode of appreciation.

A young pianist knows, or soon discovers, that some fingerings work and others do not. Certain intervals sound pleasing, while others are dissonant. Some compositions are objectively more profound than others, whatever we may think about them from the standpoint of pure enjoyment. Almost inevitable, serious students come to see that classical music is infinitely varied. This kind of learning offers a way of differentiating moods, technical abilities, and style, among many other qualities. In short, it is training in judgment and feeling, allowing students to enter a great world that has preceded them and that will endure long after they are gone. If they persist past the first few months of lessons, they will find that they must submit and respond to this tradition. And they must also be patient, because learning to play well takes a long time.

Why not just cultivate a love for music as an audience member? Of course, it is a very good thing to appreciate Bach as a listener. But it is another thing, and dare I say even more valuable, to play his compositions with your very own fingers. The challenge of playing well chastens us, reminding us of the limits of our physical and musical powers. It demands discipline, practice, persistence, humility. And it nourishes a sensibility for beauty that goes far beyond the playing of any single piece. At times, it even points toward transcendence. As Maritain rightly observes, when one “touches a transcendental, one touches … a likeness of God, an absolute, that which ennobles and delights our life.”

As a child and young adult, I was thoroughly immersed in the “achievement” approach to playing the piano. I was ambitious about being the best in my circles and devoted to disciplined practice. I managed to get into a very good conservatory, where I was faced with the fact that confronts all small-time successes: There are lots and lots of people just like you. Some are far better. So, what now?

The alternatives are clear: Work even harder, give up altogether, or find some other motivation for playing. In my own case, the competitive approach lost its attraction, and I more or less quit. I realized that the young man in my studio who could play all the Chopin etudes from memory and simultaneously complete a second degree in physics was probably always going to have something over me.

I don’t play much now. When people at parties remark that I must just love to sit down and play for the enjoyment of it, I smile and nod. But it isn’t true. My former orientation toward high achievement makes me painfully aware of my diminished abilities. Twenty years ago I could do so much more than I can today.

This is all in my mind as I teach my eleven-year-old daughter. She’s talented and loves music. But I catch myself silently criticizing her, thinking how much better she could be if only she played scales for an hour every day, like I used to, or worked with the metronome every night after dinner. I compare her progress to where I was at her age, remembering the competitions I won and the repertoire I learned. She’s nowhere near those milestones! Yet even as I imagine what she could accomplish if only she worked harder, I think she’s probably got things right, where I had them wrong. She plays with pleasure.

The pressure to achieve can corrupt the activity itself. As music becomes a vehicle for something else – prizes, recognition, admission to a prestigious college – it loses the inherent value that drew us to it in the first place. It becomes a way to promote the self and the “development” of that self toward some imagined future state of perfection. One no longer enjoys the playing but must consider all the ways the playing could be made better. This breeds ambition, pride, and – ironically – enduring dissatisfaction. It is just the opposite of a disposition to enjoy and delight in something for its own sake.

This can happen in all achievement-oriented endeavors, not just playing the piano. If we fail to recognize the dangers, we can become enslaved to the world’s standards of value. What matters is not the richness of an individual’s experience, but the degrees earned, prizes won, schools attended, articles published, patents filed, movies made, books written. And this is true for religious people as well as secularists. We tend to become part of this culture of achievement even if we don’t mean to. And it’s increasingly true for children, who sense early on that they must make something of themselves and find an identity in some sort of accomplishment.

Is there any way to resist this incessant pressure toward achievement, which so often makes us self-focused? My next-door neighbor, channeling a dominant theme of contemporary self-help books, tells me that the solution is relaxation – a simple enjoyment of the present moment. For him, watching a football game or sitting in the backyard smoking a cigar offers the same kind of satisfaction as learning Bach’s Minuet in G. All these things are enjoyable; all potentially take us out of the future-orientation that consumes so much of our lives.

But I don’t think he’s right. Although my neighbor’s activities may be pleasant, they don’t require anything of us as human beings. In relaxing, we are passive. But in learning the piano, we are active and receptive (not passive) in submitting to a tradition. We are also energetic, responding to the invitations to do, to make, to try, to learn, to practice: to play.

As Edward Shils observed, tradition is best understood not as the “dead hand of the past,” but as “the hand of the gardener, which nourishes and elicits tendencies of judgment which would otherwise not be strong enough to emerge on their own.” Tradition requires us to “be present” to the activity we are engaged in. It asks for a loyalty and devotion not unlike that required of a mother taking care of children at home: Her activity is private and unobserved, sure of its own purpose, and undertaken without conflicting intentions. It is deeply at odds with what is usually rewarded by the world. The the world is often not the best judge of value.

My daughter and I will continue with our lessons. She is learning technique and artistry, sight-reading and theory. But I hope that I might learn once again, from her, how to approach playing with the joy I used to find in it, and with assurance that this is the kind of humble and creative activity that human beings are most meant to do. 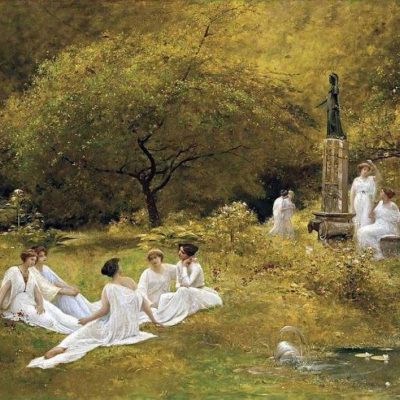 We are shaped not only by music, but also by our opinions about music. 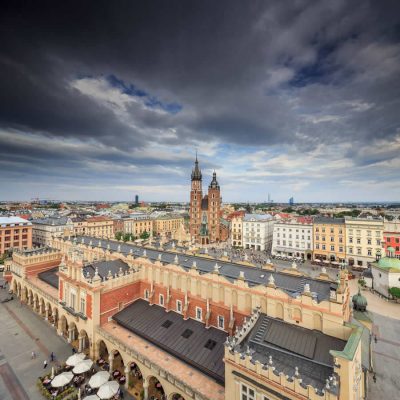 What do amateurs glean from a week spent inundated by one piece of music? 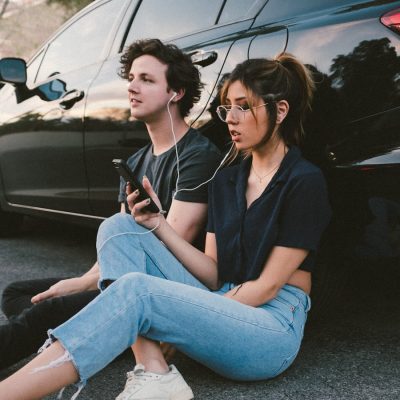 Group mentality has invaded the world of education in ways that threaten the young. 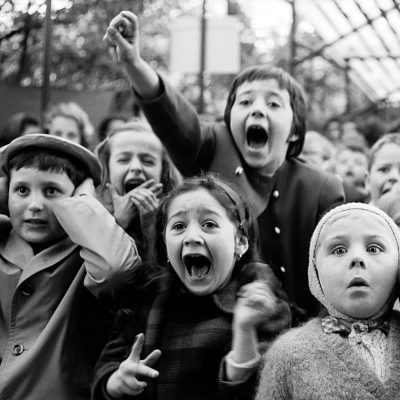 Denigrating the intelligence of our audience is profoundly wrongheaded. 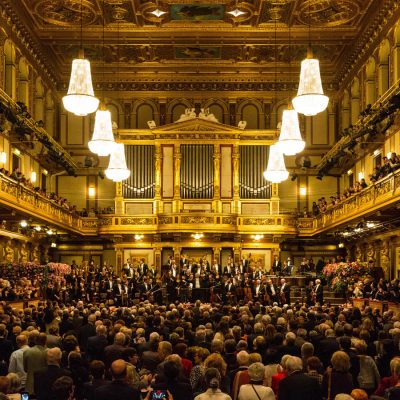 The present-day abundance of classical music is a testament to its deep roots in human feeling.